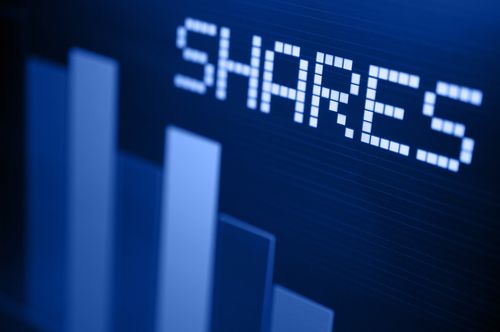 The stock market had another anxious day yesterday. Stocks started falling in Tokyo, headed down in Europe, and continued the pattern around the globe, ending in the US with a 653-point loss for the Dow Jones. From The Guardian:

‘Global markets fell sharply on Monday as fears over rising inflation and a slowdown in China’s export growth fueled worries about the health of the world economy.

‘Stocks in Asia-Pacific markets, Europe and the US all dropped into the red as investors fretted that global growth is weakening, at a time when central banks are raising interest rates to rein in surging inflation.’

It’s gratifying to us when things that should happen actually do happen. It stiffens our belief in an ordered universe, where bubbles pop…what goes up also goes down…and you don’t get what you want or expect but what you deserve.

But wait…what ‘should’ happen?

The Fed printed US$8 trillion new dollars since 1999. The Trump and Biden administrations passed it around. Consumer prices should go up.

And they are going up; the last official reading showed inflation at nearly 9%.

Big, overpriced companies should lose value, too. The bigger they are, the harder they fall.

Meta has lost nearly half its value from the peak. Google, about a quarter. And Amazon, almost 40% down.

As for the flakier tech companies, ‘it’s clear that the market is experiencing a seismic shift’, says Uber CEO Dara Khosrowshahi. Uber plans to meet the challenge by actually making a profit. Until now, Uber was happy to lose money, chasing market share rather than earnings. Those days are over, says Khosrowshahi.

While zombie companies should go down, interest rates — artificially pushed down for the last 13 years — should go up. And they are going up; the US 10-year yield rose above 3% last week…for the first time since 2018.

All around us, the brave new world promised by tech breakthroughs, and the enlightened guidance of our elites is falling to pieces. Part of that promise was that with the geniuses of the Fed at the controls, we would have no more fear of ‘market panics’ or ‘hard landings’. They would prevent things from getting out of whack in the first place. Then, if something went wrong, they would make sure that the damage was limited.

But real life has its bills that must be paid…its scores that must be settled…and its reckonings. Not every fall is graceful. And every one of us has his own flight to make — his take-off…his climbing…his descent…and his landing. And the last landing is always a hard one; none of us walks away from it.

And now, the gaudy, disfigured US economy — its wings bent by ultra-low interest rates…over-freighted with debt and running out of fuel — is coming in for a landing; Fed governors are nervously looking for the runway lights. Stocks are falling. Interest rates are rising. Inflation, like a drunken passenger, threatens to get out of control.

But which kind of landing is this? Carefully controlled…gentle…harmless? Or a flaming crash?

Anything is possible, but lately, and not for the first time, we have been staggered by the incompetence of the captain and his crew.

Part of the problem is that Fed governors inhabit a very queer world…cocooned like half-wit larvae, never once flapping their wings against a real breeze.

‘[Loretta] Mester…is the head of the Cleveland Fed and a 2022 voting member of the FOMC, the Fed committee that decides on interest rate hikes. Loretta Mester is a 63-year-old academic economist. She joined the Philly Fed in 1985, a freshly minted Princeton Ph.D., and has never worked outside of the Federal Reserve system. Never.’

Ms Mester began keeping an eye out for inflation in February 2021. Then, she expected inflation would be…‘not that different from…2%’. In April, she was ‘unconcerned’ about it. In May, she was ‘not worried’ about it getting out of control…and said she wanted ‘real inflation to rise…to 2%’. By August, though, she saw it rising to ‘3.5% to 4%…with a drop in 2022’. And in September, she still thought it ‘will be a little more than 2% “in the next years”’.

And lest you think that the woman is an outlier, especially bad at soothsaying, Mr Hunt offers the following appraisal of her whole tribe:

‘ALL [Fed governors] are part of the same inbred, arrogant, frequently wrong but never in doubt, Soviet nomenklatura-esque priesthood of central economic planning and control.’

He then provides helpful detail:

Do these people — with so little contact with a real economy — have any idea how it works? Should you expect ‘pilot error’?