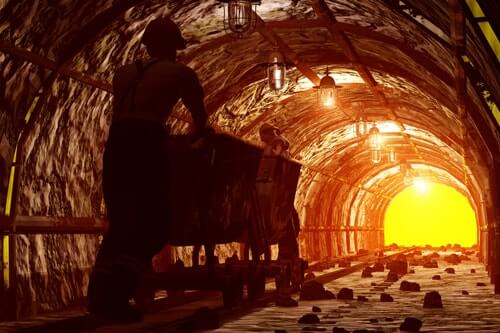 The royal commission’s latest findings reveal that CBA’s life insurance division, for one, regularly ignored the advice of its doctors and denied legitimate claims to save money. The horror stories just keep coming here.

You’re going to like them even less if you’re a retiree. Banks are slashing deposit rates for savers to try and lower their funding costs.

You might have heard most of them have boosted their mortgage rates recently, too. This widening spread is likely to buffer their profits if they can hold it.

However, for those still hanging onto a large cash balance, sources of income are becoming as scarce as credibility across corporate Australia.

This could drive more money into the share market.

I suppose the least we could say for the market action since August is that it has brought values lower.

That can make for a more attractive entry price if you think the outlook for the market is reasonably bright for the near future.

I’m one of those people.

It’s quite possible that a lot of this money – if this suggestion is correct – could flow to the big Aussie miners first. The banks are off the boil and Telstra needs to spend up for the arrival of the 5G network.

Even then, such a suggestion still might sound strange.

Trump’s trade war rhetoric has battered them down recently. The S&P/ASX300 Metals and Mining Index is down 11% this quarter.

But the BHP Billiton Ltd [ASX:BHP] and Rio Tinto Ltd [ASX:RIO] already have reasonable yields, and the commodity space, in parts, is really firing.

The Australian reported on Tuesday that thermal coal exports were at a record in July. Coking and thermal coal combined are currently Australia’s top export.

That’s not all. LNG spot prices hit a four-year high this week, too. Queensland’s LNG exports in August were at their strongest in seven months.

Australia’s opportunity around LNG is unlikely to slow down anytime soon.

China’s projected demand could double between 2017 and 2020, and they’re prepared to secure it.

The Chinese are also now likely to use Australia, Qatar and Papua New Guinea as suppliers over the United States.

Russian sanctions and Brazilian environmental concerns have slashed the available supply for alumina and sent its price up 60% this year.

The picture has not been so rosy for metals like zinc, copper and lead. But even then, long-term, I find it hard to be overly bearish.

Are you prepared to hold for the long term?

Longstanding, the fundamentals under the copper market look very good to me, and I suggest BHP’s analysts are positioning for the long-term as much as they can.

Copper grades are declining worldwide. It’s getting harder to find and more expensive to extract. At the same time, the rise of renewable energy is going to stress demand.

Don’t forget, too, that mining stocks are US dollar earners as well. That’s going to give them a free kick if the Aussie stays under pressure. Gold miners here are still earning good margins even with a dismal US dollar gold price.

The bumpy ride in commodity stocks over the last quarter is the kind of volatility you just have to hold through, sometimes.

Naturally, there are risks to this overall dynamic. The battering some emerging market currencies are copping right now is making it more difficult for them to service their US dollar debt.

Only you can know what type of investor you are. If you’re prepared to hold for the long term, the Aussie market could potentially get a big lift from commodity prices holding up and showing up later as strong earnings.

Don’t forget, also, that the state and federal governments are getting an unexpected windfall here.

The current federal government knows perfectly well that its credibility is shot, and a victory in next year’s election unlikely. I sense they’ll look to shore up marginal seats with infrastructure spending.

The state governments of Victoria and NSW will likely get up to the same tricks, too, flush as they are with stamp duty revenue.

I know that here in Victoria, the seat of Frankston is the second-most marginal seat. Labor holds it by 0.5%. Thus, the Victorian Premier was down there on Monday promising $562 million to upgrade the local hospital.

The NSW and Queensland state governments are also reaping high coal royalties right now. I think we can expect more of the same playbook.

The Aussie economy can still surprise us with an upturn from here. I know my colleague, Shae Russell, says exactly the opposite. That’s why I’m departing the DR soon to reveal a new project.