Australia is on the Crisp of Housing Credit Boom 2.0 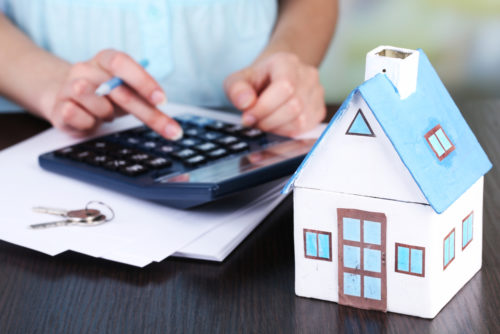 Nothing to see here.

That was all it took for Aussies to have a potentially catastrophic property bubble pushed from our minds.

…and *poof* all the risks in the housing sector are gone.

At least, that’s what the people in charge are trying to tell us…

Australia is on the cusp of the biggest credit boom in history.

All this easy money will be snorted up by houses.

And believe it or not, this credit boom began back in March this year.

This coming credit boom all started from a couple of tweaks to loan conditions made by ANZ.

You see at the start of 2019, investors were getting a bum deal.

A few months before, APRA had noticed that the interest-only investor mortgage sector looked a little risky…so they decided to start enforcing their own rules.

Perhaps ANZ didn’t get the memo.

Come March, ANZ announced they were ‘targeting’ the investor market by changing the loan to value ratio from 80/20 to 90/10 for select customers.

In other words, ANZ would now only need a 10% house deposit rather than 20%.

While they didn’t confirm it, I highly suspect that deposit could come from ‘equity’ in another property…as opposed to a cash lump sum.

This new low deposit is then matched by the maximum interest-only period being doubled.

Instead of only paying interest for five years, ANZ say debt worthy investors can get an interest-only for 10.

Shortly after, our own Prime Minister announced the hair brained government scheme to help first home buyers. It’s yet to be voted on, but no politician would vote against legislation that would prevent Aussies buying a home.

A couple of months later, APRA flip-flopped again on their own credit rules.

Since 2014, APRA have claimed that banks needed to apply a 7% interest rate floor to all mortgage applications. The only problem was, they didn’t enforce banks sticking to it until last year.

That’s fine, because it didn’t last long anyway. Recently APRA noted that in an era of low rates, banks only need to apply a 2.5% buffer to the mortgage.

Then of course, this week Westpac announced that their new serviceability mortgage rate will be lowered to 5.35%. That’s a fairly significantly drop from 5.75% in July.

Just yesterday it was announced that Ken Henry had been re-elected to the board of NAB.

Yet less than a year on — and in spite of a 17% shareholder vote against him being re-elected — he gets to stroll right back in and take his seat back.

Why? Apparently, the board made the case to shareholders that his experience was worthy of being reinstated. Even though the head of the Banking Royal Commission, Kenneth Hayne, was highly critical of Henry’s involvement in some shoddy lending practices, Henry’s back at the top like nothing ever happened.

And this morning I woke to the news that Commonwealth bank has followed suit, dropping their rates by as much as 0.90% for certain loans.

If there were a poker game, you’d say the table was all in.

You ain’t seen nothing yet

In spite of all the chest-beating, the $80 million or so to review the banks, and the 10% or so fall in house prices…everything is about to get back to normal.

In other words, Aussie banks are about to begin to lend recklessly once more.

Although, that’s not what you’re going to hear in the mainstream.

According to The Age and the Council of Financial Regulators (COFR) — a mishmash of people from APRA, ASIC and the Federal Treasury — the risks in the Aussie housing market had ‘abated somewhat’, writing:

‘In its latest quarterly update on systemic issues facing the financial system, the Council of Financial Regulators (COFR) on Monday toned down its concerns about the availability of credit, but still painted a picture of soft mortgage market.

‘“The potential for risks to financial stability from falling housing prices in Sydney and Melbourne has abated somewhat, with prices rising in the past few months,” the COFR said in a record of its latest meeting, held last week.’

That’s a green light for banks.

Don’t get me wrong, there’s been small steps throughout this year to get those lending machines running again.

But the recent announcement from COFR coupled with a potential rate cut next week will only lead to easier access to credit.

The point is, the old lending ways are back.

Nothing was learned from the past year.

We are about to witness a new credit boom in house prices.

You reckon the house price gains of the past decade were big? Well, you ain’t seen nothing yet.

Home » Property Market » Australia is on the Crisp of Housing Credit Boom 2.0