The upward momentum the AAJ share price enjoyed through July–September has now begun to taper off with little in the way of updates released to the market. 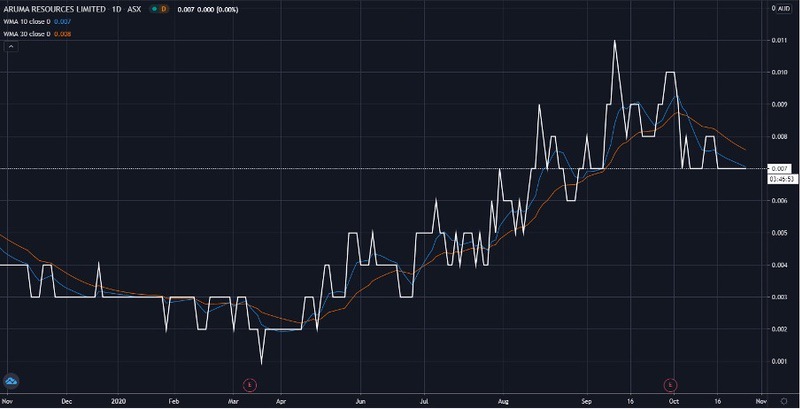 The company sold off its Slate Dam Gold Project earlier this month for a total consideration of $500,000, with the intent of focusing efforts at Saltwater.

There has been no change in the AAJ share price since last Monday, which is currently at 0.7 cents per share.

Today, AAJ announced the Department of Mines, Industry Regulation and Safety (DMIRS) have granted all requests in the company’s program of works.

Meaning AAJ can now complete up to 20,000 metres of drilling at its Saltwater Gold Project.

With drilling contractors already secured, the first phase of drilling will include up to 5,000 metres of reverse circulation drilling targeting defined targets at the Saltwater Ring Structure. Drilling is currently expected to commence in early December with site works being conducted now to clear some six kilometres of land for drill lines.

The explorer said seven drill lines are planned for 50 holes to a nominal drill depth of 100 metres.

‘The last six months since we applied for these areas has seen a tremendous change in Company focus that with funding brings the ability to efficiently explore these areas. This organic growth has been appreciated by our investors and over the next year we will seek to progressively drill our new project areas, and further grow the Company.’

What’s in store for Aruma Resources?

With no historic results or sampling to go off, it’s difficult to speculate what kind of mineralisation might occur at Saltwater.

According to AAJ, Saltwater is situated on the same regional structure reported as the primary source of gold mineralisation at Northern Star Resources Ltd’s [ASX:NST] Paulsens Gold Mine.

But with drilling soon to commence, it seems investors aren’t too interested in punting on the microcap explorer just yet.

What they might be holding out for is AAJ’s Melrose Project to progress. The project also sits adjacent to the Paulsens Gold Mine.

So far, heritage agreements have been signed and AAJ is waiting for the exploration licences to be granted.

Once this has been finalised, exploration will commence to initially target a number of significant magnetic anomalies.

With the gold price recovering nicely from its drop in September, now could be a good time to make a play. Our resident gold expert, Shae Russell, has tipped Australia to become the next ‘gold epicentre’, meaning there could be big spikes ahead in Aussie gold stock prices. If you want to learn more, download your free report here.