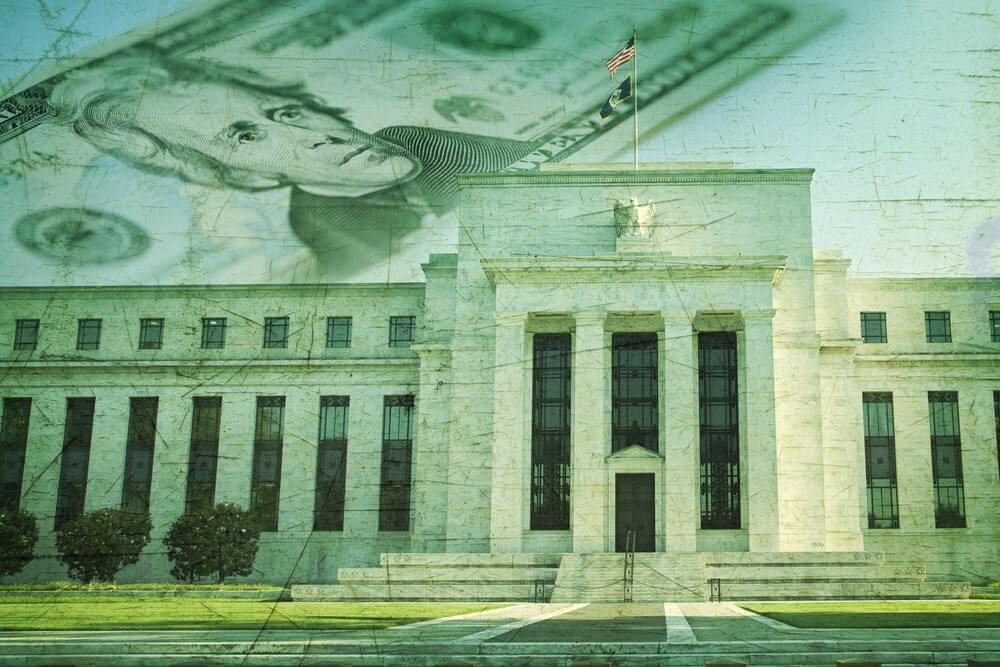 Fed Chair Jay Powell just sent the most powerful signal from the Fed since March 2015.

He has pretty much taken a March 2019 rate hike off the table until further notice.

At a forum hosted by the American Economic Association in Atlanta last Friday, Powell used the word ‘patient’ to describe the Fed’s approach to the next interest rate hike.

When Powell did this, he was reading from a script of prepared remarks in what was otherwise billed as a ‘roundtable discussion’.

This is a sign that Powell was being extremely careful to get his words exactly right.

Fed ‘guides’ to the market

When Powell said the Fed would be ‘patient’ in reference to the next rate hike, this was not just happy talk. The word ‘patient’ is Fed code for ‘no rate hikes until we give you a clear signal’.

This interpretation is backed up by the Fed’s past use of verbal cues to signal ease or tightening in lieu of actual rate hikes or cuts.

Prior to March 2015, the Fed consistently used the word ‘patient’ in its FOMC statements.

This was a signal that there would not be a rate hike at the next FOMC meeting. Investors could do carry trades safely.

Only when the word ‘patient’ was removed was the Fed signalling that rate hikes were back on the table.

In that event, investors were being given fair warning to move to risk-off positions.

In March 2015, Yellen removed the word ‘patient’ from the statement.

In fact, the first rate hike (the ‘liftoff’) did not happen until December 2015, but the market was on notice through the June and September 2015 FOMC meetings that it could happen.

Now, for the first time since 2015, the word ‘patient’ is back in the Fed’s statements, which means no future Fed rate hikes without fair warning.

For now, the Fed is rescuing markets with a risk-on signal. That’s why the US market rallied last Friday. But we’re not out of the woods, by any means.

What happens in China won’t stay in China

The US stock market had already anticipated the Fed would not raise rates in March.

Friday’s statement by Powell confirms that, but this verbal ease is already priced in.

As usual, the markets will want some ice cream to go with the big piece of cake they just got from Powell.

The next FOMC meeting is 30 January. If the Fed does not repeat the word ‘patient’, markets could be in for an extremely negative reaction.

Looking ahead to the rest of 2019, what are my models and methods telling us today about the prospects for the economy and markets?

The answer to that question requires an overview of many markets and sovereign economies around the world.

While forecasts for China, the US and Europe may differ in many particulars, what they have in common is interconnectedness.

For example, a slowdown in China — due to excessive debt and trade wars — can reduce exports from Europe.

In turn, reduced European exports can slow down European purchases of raw materials and other inputs, and lead to a weaker euro.

The weaker euro can translate into a stronger US dollar, which causes disinflation in the US.

That disinflation can increase the real value of debt burdens in the US if nominal growth is lower than the increase in the nominal deficit.

In other words, what happens in China does not stay in China.

The world is densely connected.

Any sound analysis must consider the ripples spreading out from any one factor.

We need to look at the synchronised global slowdown, the Fed’s misguided policies, currency wars, trade wars and political dysfunction in the US to arrive at conclusions and forecasts for the US and beyond.

All this takes place against a backdrop of mounting global debt.

According to the Institute of International Finance (IIF), it required a record US$8 trillion of freshly created debt to create just US$1.3 trillion of global GDP.

The trend is clear.

The massive debts intended to achieve growth are piling on every day. Meanwhile, many of the debts taken on since 2009 are still on the books.

This is a crisis waiting to happen. The combination of slow or negative growth and unprecedented debt is a recipe for a new debt crisis, which could easily slide into another global financial crisis.

The Fed will have to pivot back to loosening, including a possible reintroduction of quantitative easing. But by then, it may be too late. Chalice Mining is Cashed up — Will it Follow a Gold Price Rebound?

Chalice Mining Ltd [ASX:CHN] ended 2020 with a bang, securing $100 million via an institutional share placement. With that pile of cash, […]