Gold’s ‘Down Payment’ on What’s to Come 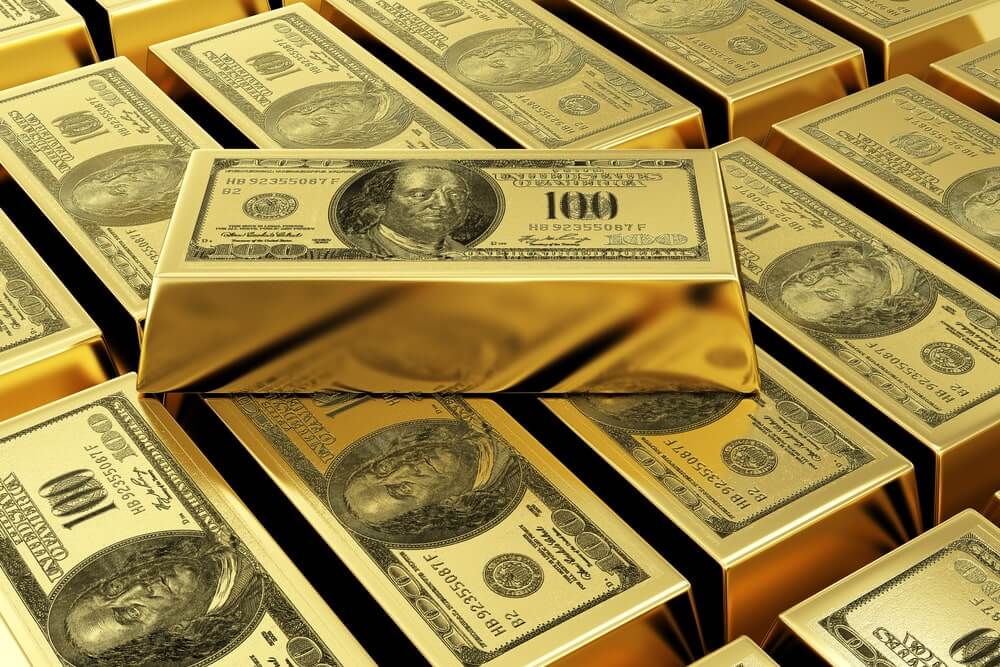 Fresh from his trip Down Under, Jim’s analysis starts with his tour of the ABC Bullion refinery.

However, the key part of this week’s analysis isn’t what today’s gold price is. Rather, it’s about where it could be over the next few years.

The way Jim sees it, gold at US$14,000 per ounce is entirely possible in the next 11 years. Sounds impossible, right?

Gold’s ‘Down Payment’ on What’s to Come

I recently completed a visit to Australia, where I was invited as the keynote speaker to attend the 2019 ABC Bullion National Conference. ABC Bullion is one of the two largest gold refiners and gold dealers in Australia, along with the Perth Mint.

ABC Bullion also kindly invited me to tour their facilities in Sydney.

It was an intensive one-day crash course in all things gold outside of actual gold mines.

During these tours, I was able to observe state-of-the art technology for the separation of gold from silver and other metals without the use of chemicals.

These processes were invented by Russians, but are obtained under licence from third-party intermediaries.

Precise melting-point temperatures are combined with high-pressure gas to achieve the separation without the use of cyanide, chlorine or other chemicals.

It was also fascinating to observe the final stages of gold and silver bullion bar casting.

These were entirely handled by robots without human intervention.

Gold or silver beads of pure metal were poured into graphite moulds and a top was placed on the mould.

The moulds were heated to high temperatures, which melted the bullion into the exact shape and size desired.

The bars were then cooled and measured by weight before being etched with a unique serial number and the ABC Bullion logo.

I was not surprised to learn that much of the refinery output is sold to China.

But I was surprised to learn that many of the bars make a ‘round trip’ and end up back in Australia for secure storage.

This can be verified by referring to the serial numbers on the bars.

In effect, the Chinese are converting US dollars to gold and then diverting the gold out of China through various channels.

This is easier than sending US dollars directly out of China due to Chinese capital controls.

The gold leaving China can go to many destinations including Singapore, Canada and Switzerland, but Australia is popular for this purpose.

This round-tripping of gold is one of the reasons China recently imposed a ban on private gold imports (although the ban was eased somewhat for those with special licences granted by the government).

China’s voracious appetite for gold (despite recent restrictions) is one of many gold market developments I was able to learn more about firsthand during my visit Down Under.

The local Australian demand for gold bullion is also at all-time highs, as is true elsewhere in the world.

Looking backwards to know what’s ahead

With a bull market in gold firmly underway, what are the prospects for gold prices in the months and years ahead?

Right now, my analysis suggests the new gold bull market is intact and has far to run.

To support this estimate, it’s important to take a longer historical perspective than the short-term rallies and dips that most analysts discuss.

This longer perspective is illustrated in the chart below:

This chart graphs the US dollar price of gold from 1970 until today.

Finally, the chart highlights a new bull market that began in 2015 and should continue for years.

It does not make sense to discuss bull and bear markets prior to 1970 because the world was on a gold standard for a century from 1870 to 1971.

Prior to 1870, gold was simply money measured by weight and was not typically thought of in terms of currency equivalents.

There were also periods when gold trading and gold shipments were suspended due to war and its aftermath, including the First World War (1914–1918) and the Second World War (1939–1944).

However, all of these standards, suspensions and price resets were dictated by governments for policy reasons and were not the direct result of market forces.

Understand the bull and bear markets

A true market for gold (albeit with government manipulation) did not emerge until 1971, so that is the appropriate starting point for considering bull and bear dynamics measured in US dollars.

This rise was fuelled by near-hyperinflation in the US, as the US dollar lost half its purchasing power in a mere five-year period from 1977 to 1981.

This bear market was fed by extensive central bank sales, including the infamous ‘Brown’s Bottom’.

Brown Bottom is where Gordon Brown, the UK Chancellor of the Exchequer (later Prime Minister), sold 395 tonnes of gold (more than half the UK’s gold reserves) in 17 auctions from July 1999 to March 2002.

These sales netted an average price of US$275 per ounce, near the lowest price for gold in the past 40 years. Compared to today’s prices, this sale cost the UK over US$17 billion in lost profits on gold.

This bull market was fuelled by a combination of low interest rates (2001–2005) under Fed Chair Alan Greenspan, flight-to-quality dynamics during the mortgage crisis (2007), the global liquidity crisis (2008), zero interest rate policy (2008–2015) and a new currency war, which produced a record low value for the US dollar (2011).

Another bear market arrived in August 2011 just as US dollar weakness turned to US dollar strength.

A persistently stronger US dollar, starting in 2011, and the promise of monetary tightening by the Fed, starting with the ‘taper tantrum’ in May 2013, were among the forces driving the decline.

As prices declined, gold miners struggled, mines were closed, and gold mining rights and equipment were sold for cents on the dollar, especially after the gold price crash in April 2013.

The IMF added to the selling pressure by dumping 400 tonnes of gold on the market in 2010; another example of official manipulation of gold prices.

At that point, the third great bull market began.

Almost no one saw this at the time because sentiment was completely depressed, and many past rallies had been followed by new declines and new lows.

Top gold analysts were still calling for US$800 per ounce gold prices as late as 2017.

14 grand an ounce? No way…wait

The point is, bull and bear market turning points are usually only seen in hindsight and are rarely understood in real time. To our credit, we urged readers to buy gold at the US$1,050 per ounce level and have been urging allocations to gold ever since.

Gold has rallied almost 50% in less than four years as part of this new bull market.

The purpose of this long-term perspective is to illustrate the huge upside potential still remaining in this new gold bull market.

In both cases, the majority of the gains came towards the end of the bull market in a super-spike blow-off.

The current bull market is still in its early stage.

A 50% gain in four years is impressive, but that’s just a down payment on what’s to come.

If we simply average the performance of the past two bull markets and extend the new bull market on that basis, we would expect to see prices peak at US$14,000 per ounce by 2026.

Of course, even greater gains and a longer bull market are possible.