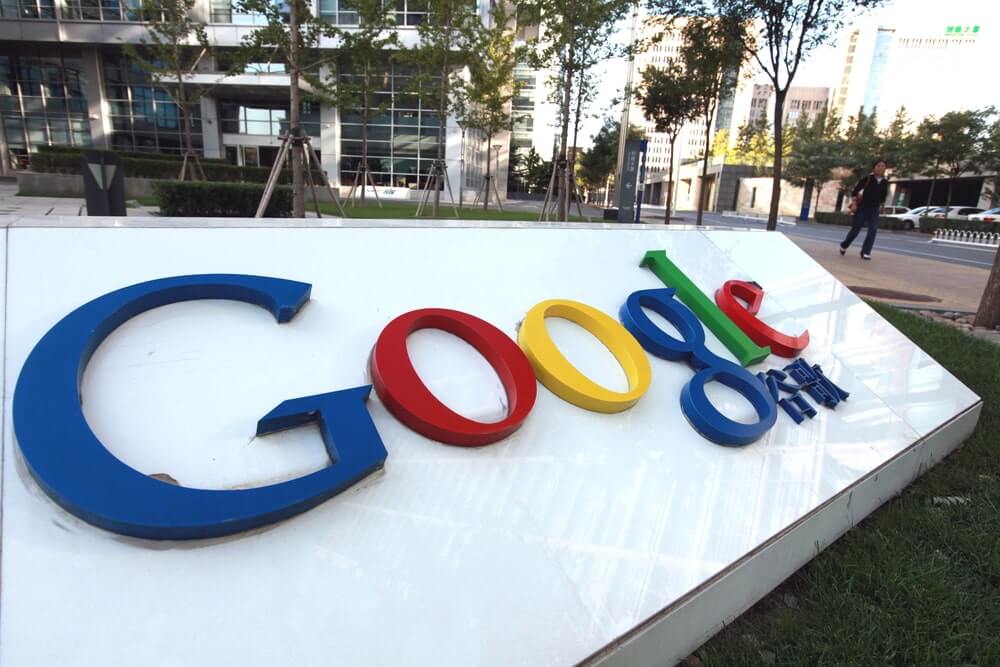 You mess with one little computer program and it looks like all hell is about to break loose.

The US-China trade war just stepped up a notch.

Although this time, Trump didn’t escalate the trade war. Google did.

The US has gone from lobbing taxes at the Middle Kingdom to forcing US companies to completely change global trade arrangements.

The trade war has shifted from bare-fisted bar fight into a brass-knuckle street riot.

Except in this case, I don’t think China brought its knuckle dusters…

Within a day, Google took it one step further. The tech behemoth will no longer offer software and services to Huawei smartphones. There’s only 2.5 billion in use globally… Yikes.

That doesn’t make the phones useless.

For now, Huawei users will still have access to the publicly available version of Google’s Android software. It’s just the fun stuff — like Google’s Play Store, Gmail and YouTube — that Huawei phone users will lose access to.[2]

But the move from Google makes the Huawei smartphone pretty useless outside of China.

The dollar value damage to the brand isn’t obvious yet. Nonetheless, it makes it pretty hard for a company claiming to have a tech-leading product to sell it when it’s not supported by any software.

This spat is a clear step up in the trade war.

The US has shifted from simple tax increases to make Chinese products unattractive to consumers.

Now, the US has moved to openly disrupt Chinese business models.

The question is, what’s China’s next move?

China controls what we need

It’s time to bring out the big weapons now.

From here on in, the Sino trade war is all about disrupting, and possibly bankrupting, companies.

China can’t tax the US any more than it already is. And dumping its US$1 trillion worth of US-dollar reserves isn’t an option (China only ends up losing out on that one).

This leaves China with few options.

Perhaps one of the few retaliations from China may be a rare earth ban.

One commodities trader, Daniel Cordier, called them the ‘vitamins of chemistry’, saying, ‘They help everything perform better, and they have their own unique characteristics. Particularly in terms of magnetism, temperature resistance and resistance to corrosion.’[3]

Their usefulness means they are used in everything from smartphones to MRI machines to satellites to wind turbines and even glass.

And in spite of the global reliance on them, China controls the supply of the minerals. Roughly 80% of the world’s rare earths come from China.

But it doesn’t have to be that way.

Rare earths are more abundant than gold and silver. The United States Geological Survey even considers these minerals ‘moderately abundant’.[4]

In fact, they can be found all over the world, including Australia, Brazil, India, Malaysia, Russia, Thailand and even Vietnam. Global reserve deposits are estimated to be 120 million tonnes…and China is believed to have 99 million tonnes.

So why did we leave China to control the market?

Getting these minerals out of the dirt is the hard part.

Unlike other minerals, rare earths ‘bond’ themselves to the other metals they are surrounded by.

Also, the process of extracting rare earths is incredibly damaging to the environment.

Removing rare earths from the ore means they are basically washed in various acidic mixes hundreds and hundreds of times over. Oh, and most of the time, the mix used is radioactive.

So most companies and governments have happily left the rare earth gig to the country with the lowest labour costs and the weakest environmental concerns.

China could do it cheaply, and didn’t set off the greenies.

Better their lakes and rivers than ours, right?

China is essentially the world’s hub for a small group of metals that almost every tech-based device relies on.

This no doubt crossed Chinese President Xi Jinping’s mind as he toured a rare earths facility only two days ago.

Xi’s tour of the processing plant could be seen as a ‘warning’ of what might happen next. Although China’s foreign ministry spokesman dismissed that fear and said Xi’s visit was normal, and shouldn’t be ‘over interpreted’.[5]

But the problem is, Xi’s visit and a rare earths ban may just be noise.

Because supply chains around the world learned lessons from the last rare earths ban.

Back in 2010, the Middle Kingdom banned sales of the minerals to Japan over a ship collision.[6]

And while geopolitical tensions between the two countries increased for a short period, the rare earths ban was short-lived.

Yes, the prices of rare earths made triple-digit gains inside 12 months.

But the high costs and short supply saw Japanese companies Hitachi and Mitsubishi alter products to require less of the minerals.

Furthermore, the ban meant other companies realised the long-term value of their own rare earth reserves.

Countries like Australia, Brazil, Russia, India and Vietnam have the ability to ‘speed up’ the process to increasing the supply of rare earths.

This means that while China could go ahead and ban rare earth sales to US companies, there’s every chance half a dozen other countries will step up and pick up the slack.

The reality is that rare earths aren’t the economic super weapon China might be hoping for.

It won’t cripple the US; the US will simply go elsewhere for these minerals.

The market learned that the first time around.