There has been a considerable amount of volatility in the MGT share price over the last couple of months.

The company tacked on about 400% to its share price in August.

This was despite no news being released by MGT.

Today, MGT provided an update on the royalty agreement it had entered with SLR back in 2007.

SLR said that it anticipates royalty obligations will commence in the second half of calendar 2021, when ore from the Rothsay gold operation is expected to be processed and sold.

Under the agreement, MGT is entitled to a royalty of AU$10 per ounce of gold extracted from the Rothsay project once SLR has sold 10,000 ounces.

Rothsay currently has JORC Resource of 1.5Mt at 9.2 grams of gold per tonne for 454,000 ounces contained gold.

Which seems like a pretty good deal for MGT.

However, the royalty payments cease after a cumulative amount of $595,000.

So not a ‘company making’ amount.

But certainly nothing to turn your nose up at.

It could also mean one less capital raise too.

‘The royalty payment will be welcome additional cash flow that the Company intends to apply to its accelerated development strategy for the Razorback High Grade Iron Ore Project in South Australia.’

What’s on the horizon for Magnetite Mines?

At the beginning of September, MGT announced it would seek to raise $5.65 million through a rights issue to accelerate pre-feasibility study (PFS) at the Razorback Iron Project.

The PFS began in the final quarter of FY20, with a geological, geometallurgical and trial mining review currently underway.

Though, it is not clear when we can expect results from these studies.

As part of the agreement, BMD would essentially fund the bulk of the ore sorting trial and the PFS to earn a 49.99% interest.

An interesting proposal considering Razorback is thought to be a 3.9 billion tonne project.

And MGT having already invested $35 million in the project. 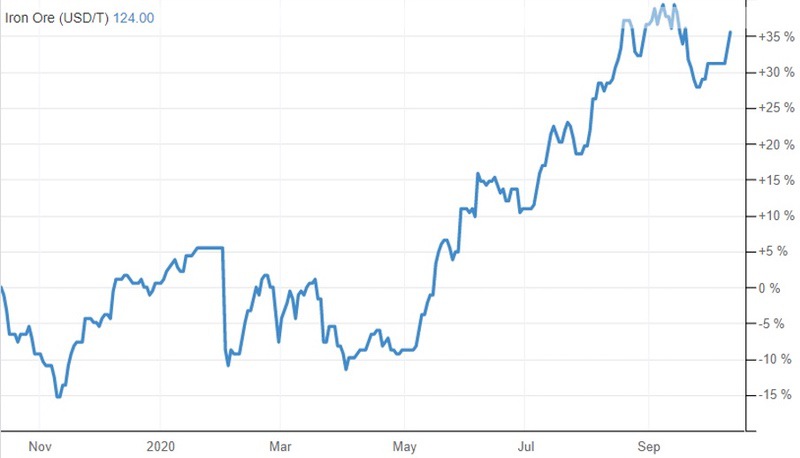 But with iron ore prices on the march upwards, Razorback has the potential to still be a lucrative project.

We’ll be sure to keep you updated with developments from some of Australia’s most interesting gold explorers and miners. In the meantime, make sure you subscribe to The Daily Reckoning Australia. It’s a great way to stay ahead of the curve when it comes to Australian gold stocks. It’s free too. Subscribe here.