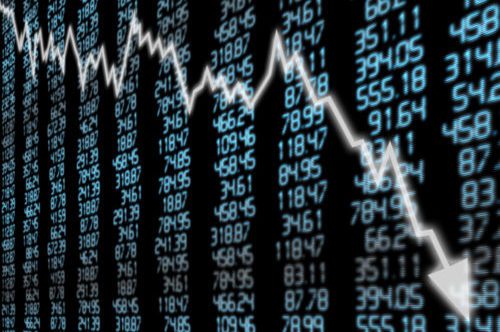 Like bombs and missiles, sanctions — supposedly ‘precision targeted’ — tend to blow up more than they were aiming for. Today, we look at some of the body parts littering the ground…including the cheapest stocks in the world.

And while we’re looking at tweets, here’s James Bianco:

Yes, most likely, higher prices and a recession will make millions of ordinary people poorer. Perhaps some Americans will feel good about this. They’ll be happy to pay more for gasoline. They’ll feel proud even as they have less money to spend. After all, they’re fighting a holy war against the Russkies!

As in any war, many of the victims are unarmed and have nothing to do with the invasion of Ukraine. Bloomberg reports:

‘These expats don’t have private jets or wealth managers. But they are accustomed to easy online banking, cheap currency conversions and a steady flow of goods and services between their current outposts and home. With new sanctions — ;as well as sudden policy changes by Russia and the breakneck drop in value of the ruble — those links have broken down in just days.’

‘Marina Gretskaya, a 32-year-old Russian living in London who moved last year to work in communications. She kept a ruble savings account in an online Russian bank, Tinkoff. Two weeks ago, her assets there were worth $7,400. On Monday, the ruble plummeted more than 30 percent against the dollar. That evaporated more than $2,000 from her savings. “It’s a month’s salary,” she said.’

Years ago, we enjoyed mocking Friedman. His ‘the world is flat’ (suggesting that the ‘liberal’ world order — globalisation, financialisation, technocratisation — had irrevocably triumphed) was laughably shallow. His support of the War against Terror was just embarrassingly dumb. Then, he seemed to drop from view. But he’s back. And he raises a good point in his latest New York Times column. The way the US wages war is new and dangerous. Predictably, Friedman misunderstands everything.

What’s not new about this Russia-Ukraine conflict is the way the private sector rallies to the great cause. Do-gooders all want to appear to be doing good, without any of them knowing what good they might actually be doing. Is it really a good idea to arm Ukrainian civilians, so they can be killed by professional Russian troops? Is it really a good idea to send money to Ukraine, encouraging more bloodshed and property damage? Why, all of a sudden, is the ‘liberal world order’ so keen to protect Mr Zelensky’s government? How does it know that another leader wouldn’t be better?

But there is no point in asking questions. Americans think they have a dog in this fight and they want to see him tear the other animal apart. And consumers — US, European, or Russian — who are in no way responsible for the war, pay the price.

Nor are investors to blame. Those who owned stock in the big-box store, Magnit, for example, are losing big time. The stock was down from US$15 last month to as low as 1 cent.

The Russian bank, Sberbank, had assets worth nearly half a trillion dollars. What they are worth today, we don’t know. But it is almost surely more than the US$244 million the company was valued at when trading on the stock ceased in London last week. An investor who could buy it today would be buying dollars for pennies.

Or, Lukoil. It had assets of US$83 billion in 2020 — mostly oil reserves (which are probably worth a lot more today). On Friday, the company was reportedly worth about US$500 million, or only six-tenths of 1% of its previous value. Another great speculative opportunity.

Whether out of solidarity or plain stupidity, Westerners are selling low…when they can sell…and taking huge losses. BP, for example, says it will lose about US$25 billion unloading its Russian assets. Yet, rarely does an ill wind blow no one good. Who has the wind to his back? Who gains?

In other words, Western investors take the losses…Russian oligarchs (who are, most likely, on the other side of the trade) get even wealthier. Among the collateral damage, over the long term, will probably be the US-dominated financial system…including the ‘exorbitant privilege’ of having the world’s reserve currency, the dollar. Sanctions push Russia, Iran, China, and others closer together and encourage them to find alternatives. Few people will want to keep their savings in a currency that can be sanctioned away whenever the rulers of the ‘liberal’ world order choose.

And finally, dollar inflation weakens the American economy, makes its people poorer, and encourages them to look for alternatives too. Gold is selling over US$2,000 an ounce this morning. At the beginning of this sad century, it was only US$290. That is the measure of the US’s decline so far. With reckless wars, uninhibited money printing, and sanctions that blow up in our faces…it is bound to sink further.