Stock Trading Bots Aren’t as Smart as You Think 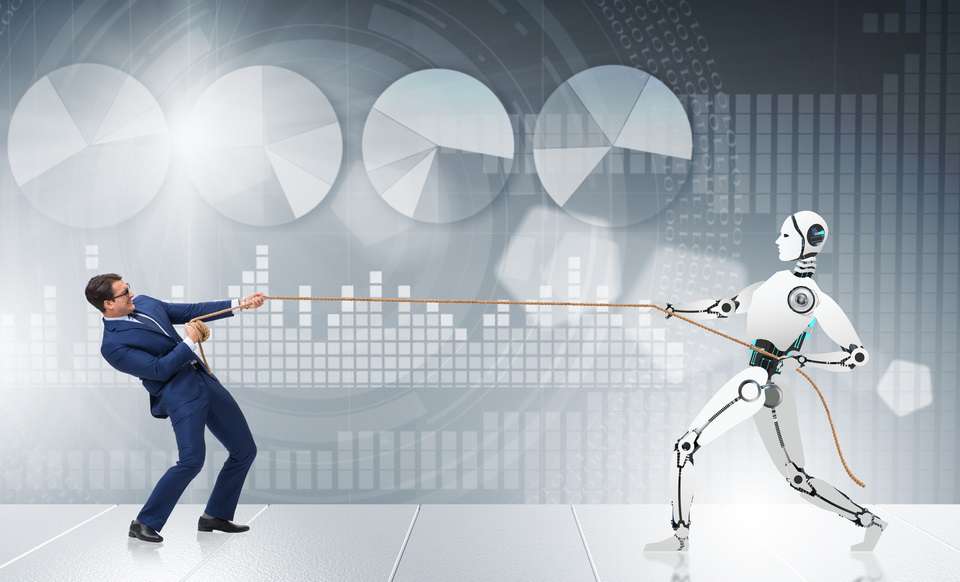 In the last edition of The Daily Reckoning Australia, Jim explained why robots now run the stock markets.

Rather than lament or fear this new development, you can actually use it to your advantage. But in order to do that, you need to understand how the robots work.

If that sounds like a daunting prospect, fear not. As Jim explains below, robots are actually quite dumb…

Beating the Stock Trading Bots at Their
Own Game

If we’re going to beat the stock trading bots at their own game, it’s critical to understand how they work. Despite what you may have read or heard, robots are dumb. In fact, they’re not ‘smart’ at all in the organic sense.

Stock Market Robots are only as good as their algorithms

The coders do what they’re told by more senior people in the investment banks and hedge funds, but those seniors are subject to their own misconceptions and assumptions about the system dynamics behind the time series of prices.

If the paradigm assumptions are all wrong, there’s a 100% chance that the models will be wrong too. Model output will bear little relationship to reality. When bad science is layered on inexperience, the result is algos that are just dumb.

But that doesn’t mean they’re not dangerous. They are. The danger lies in the fact that so many trading decisions rely on them while trillions of dollars of investor funds follow blindly.

For our purposes, we can divide robots into three broad categories:

High-frequency robots work at lightning speed based on micro price anomalies. Massive databases of price movements are assembled to identify pairs of stocks or bonds that exhibit high correlation to each other. The key to this kind of trading is to be fast and be first. Robots are good at that.

Rapid response robots read headlines. Not just headlines, of course, but millions of pages of disclosure documents, press releases, speeches, transcripts, academic studies, and so on. The robots read more in a minute than you or I could read in a lifetime. How do robots make sense of all that material? They don’t make sense of it, but they can be programmed to respond to certain prompts.

The flaw in the ointment

The operation of index robots is easy to understand; they just follow the index (including when stocks are added or dropped) and adjust for inflows and redemptions. The danger is the herd instinct. As the market rises, new money flows in, the robots buy more stocks and the market rises more.

The opposite is also true. If a market decline led to redemptions, the robots would sell stocks to raise cash to pay the redemptions. This selling drives down stock prices and creates another feedback loop.

At what point do these feedback loops spin out of control to create bubbles or panics? Index robots won’t automatically cause a panic. But they are like dry wood waiting for a match.

The operation of HFT robots also poses dangers, but they are far less apparent. When a broker or investor posts a bid or offer, they have to stand up to it. If your bid gets hit or your offer gets lifted, the trade is done.

HFT robots are so fast they can withdraw a bid or offer or alter quantities at nanosecond speeds if a trend reverses or, conversely, is poised to overshoot. The robots do not ‘stand up’ to bids and offers; they pull them or alter them before the market can act upon them.

The robots are also range-bound. Robots will buy stocks at Dow 24,000 and sell stocks at Dow 27,000 (a 5.8% range above and below the mid-point of Dow 25,500). This range is where stocks have traded for the past two years with few exceptions.

Greater dangers arise when the robots face headlines they don’t understand at all (such as geopolitical developments) or when markets burst through range boundaries for reasons unrelated to algos. In these situations, the algos may either shut down (destroying liquidity) or go rogue (buying and selling in a feedback loop frenzy).

Robots work best when liquidity is plentiful, complacency is high, news is predictable, and trading is range-bound. Robots can actually reinforce these conditions through feedback loops. Unfortunately, these conditions are not a good description of reality.

Once you understand how robots work, you can turn that knowledge to your advantage. The easiest way to do this is to (legally) front-run the algos.

For example, we know that robots will initiate sell signals when bad news headlines on the trade war appear. But, if you know the players and you can read the signals (radio silence is generally good news; it means the players are making progress behind closed doors), then you can accurately predict the headlines. If you can predict the news, you can predict the markets because markets will be driven by robots in predictable ways once the headlines hit the wire.

You can also use a big-picture analysis that robots can’t process. For example, Trump is up for re-election later this year. His re-election depends heavily on a growing economy and high stock prices. An escalating trade war is bad for both, at least in the short run. So, it’s a reasonable inference that Trump will do everything possible to avoid an escalating trade war despite belligerent remarks and continual threats.

That gives you a strong basis to buy the dips on ‘bad’ headlines, and participate in the rallies as Trump does what he needs to do to keep markets on track. Once again, you can stay one step ahead of the robots if you know the algos.

Robots may destroy markets in the long run, but that doesn’t mean you can’t profit in the short run by staying ahead of their highly predictable moves.