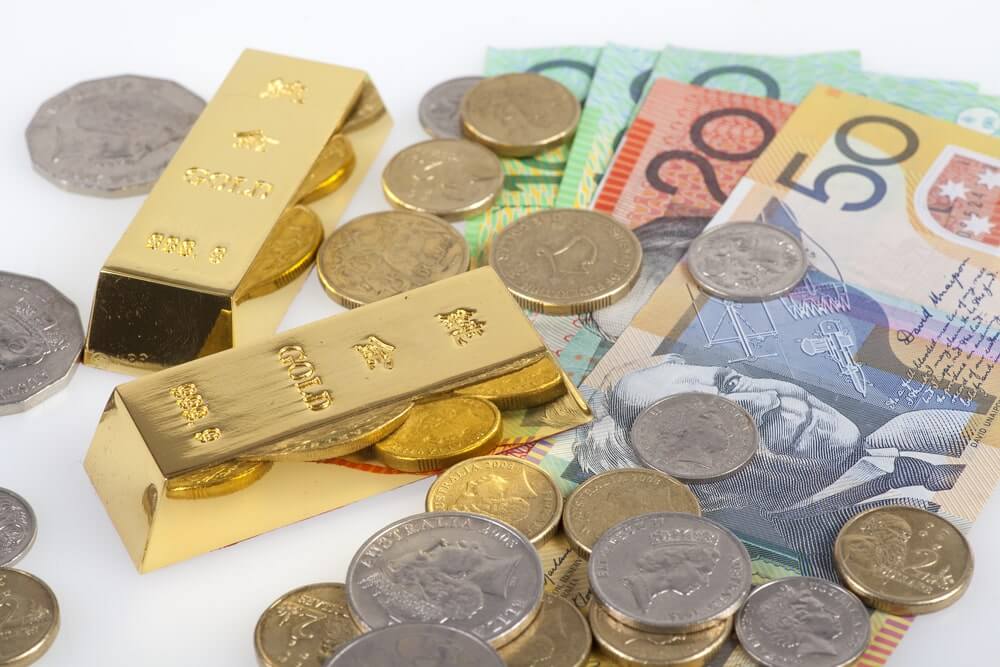 Rick and I swapped stories about our favourite small-cap gold mining stocks, the overconfidence in the US dollar…and the incredible opportunities in the Australian gold mining sector.

I’m not going to lie…it was pretty damn cool.

Before I go any further, I should confess: I’ve been keeping secrets from you.

You see, in the next couple of months, I will be launching a brand-new service. I can’t give away too many details at this stage, but here’s what I can tell you.

Trust me, I’m hunting a big game here. I’ve already bagged three interviews. Plus, I have a list that’s 20 people deep and growing.

The point is, this new service isn’t just about finding a great stock idea and telling you about it. It’s about giving you access to knowledge that is out of reach for most investors. Big industry names you read about in the in news…

Eek! I’ve said too much. I’ll let you know more when I can…

Where is gold going at the moment?

When you get access to industry insiders, it’s easy to get bogged down in ‘price forecasting’ for a commodity.

And while it’s important to pay attention to the share prices of certain companies, sometimes the long-term value of a commodity isn’t as important as what’s happening within the sector at large.

One of the keys to investing in commodities is to look at what they’re planning for.

Take all the ‘merge mania’ in the gold mining sector that began last year.

The merger mania kicked off with an US$18 billion (AU$25 billion) deal between Barrick Gold Corp and Randgold Resources in September last year.

Joining together, they have become the largest gold mining company in the world. Combined, they now own five of the world’s top 10 Tier One Gold Assets based on total cash costs.

In other words, the merger means this gold mining giant controls some of the cheapest gold mines per ounce around the globe.

Newmont Mining — joint owner of the Kalgoorlie super pit and full owner of the Boddington gold-copper mine in Western Australia — bought out Canadian miner Goldcorp in a deal worth US$10 billion (AU$14 billion).

It’s not just the big international miners getting together, either.

Silver Lake Resources Limited acquired Doray Minerals Limited in a friendly merger, worth about $421 million. As a result of the merger, these companies went from small-cap producers to a single, mid-tier gold miner in one move.

All these mergers and multibillion-dollar deals have happened inside nine months.

Speaking to Rick this morning, I said that all this activity must mean something for gold miners globally.

I mean, normally, big guys buy out little guys. But now, gold miners seem to be merging with their equals.

According to Rick, this is ‘hugely positive’ for the sector.

Rick says that too many mining companies got too big and allowed themselves to become poorly run.

By merging, these newly minted gold behemoths will become better run companies in the long term, which is good news for shareholders.

Essentially, they are drastically reducing their back-office costs. And in turn, that brings down the mining cost of gold per ounce. Basically, shares of these companies will deliver better returns in the long run.

Meanwhile, the big guys are selling their smaller gold sites, which, in turn, are being picked up by the smaller gold miners.

Getting access to quality gold sites could ultimately see many small- to mid-cap gold miners get bigger over time.

Arguably, this is a win for gold mining shareholders, says Rick.

Perhaps the greatest takeaway from my chat with Rick wasn’t the merger activity, but his views on the Australian gold mining sector.

Both fans of the small-cap gold mining sector, Rick and I traded names of the sub $100 million companies we are watching.

But when I asked about the fact that some explorers are digging deeper than before, Rick said this presents plenty of opportunities.

He told me Australian companies in the 1970s didn’t bother digging much deeper than 250 metres. Why? Because they didn’t have to. Drillers could just move sideways and expand the gold deposit that way.

So more gold was found simply by expanding the width of the pit. Aussie miners didn’t need to get into the tough, deep rocks. There was plenty of surface gold to go around.

The problem is, the easy gold has been found. So new gold finds mean digging deeper.

However, as more gold mining companies in Australia buy up brownfield sites — essentially old gold sites that have been discarded — mining firms must really push beyond that 500-metre depth for a solid find.

I asked Rick: What are the odds of Aussie companies finding gold that deep? A 1,000-metre-deep drill hole can cost a couple of hundred thousand dollars. Is the cost worth the risk?

Rick just laughed and said he reckons the Aussie gold miners could ‘probably dig to Hades’.