The Consequences of the Economic Nincompoopery 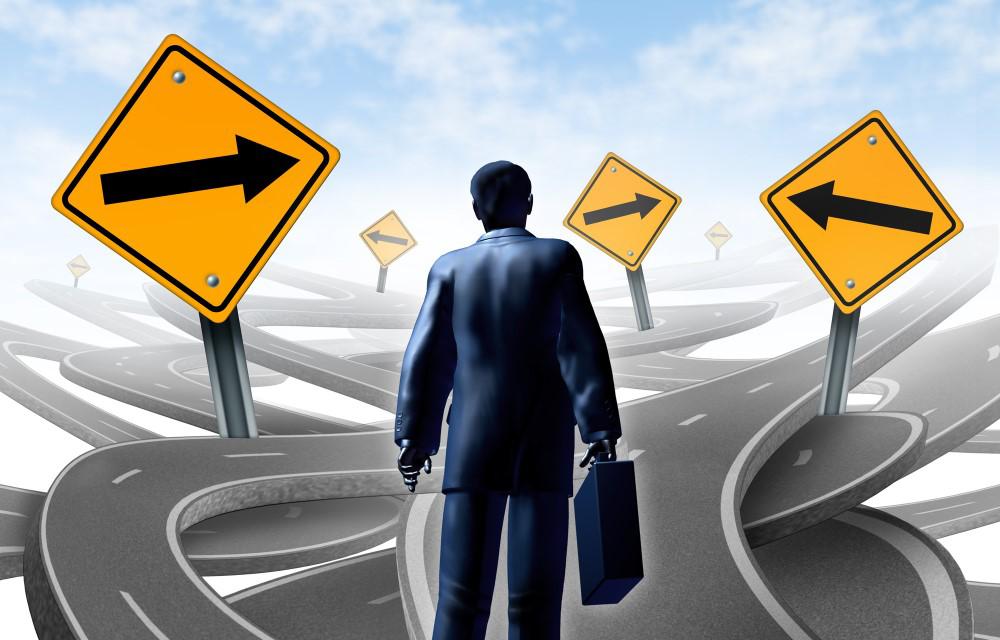 Have you ever wondered where the really clueless and annoying people you went to school with ended up? What are they doing these days? How can they possibly be earning a living, let alone surviving? Who would put up with them, given the choice?

Well, I’ve met a lot of them over the past few weeks. They work in banks, peer-to-peer currency exchanges, Centrelink, Queensland Transport, the conveyancing industry, Telstra, and other places we are forced to interact with when we try to achieve anything in life.

And interacting with them has me wondering, how much of our economy is complete and utter farcical uselessness? Things that anthropologist David Graeber called ‘bullshit jobs’ in his book of the same name. It’s a book I could’ve written and called an autobiography after having encountered so many of them over the past few weeks.

The answer to my own question is that a lot of what we call our economy is superfluous. Actually, it’s worse than that because it drags the rest of us down and ensures a lot of our economy never makes it into existence.

Nobody can count or account for the prosperity that never happened because people in bullshit jobs held us back, so we’ll never know what the true consequences of the economic nincompoopery really are. But I suspect that we’d be holidaying on Mars, teleporting to work, and have access to enough of our own country’s gas at cheap enough rates to keep power bills low…

But I’m dreaming. The reality is that these jobs — both employment and the tasks that ‘must’ be undertaken but exist for no good reason — are likely destroying our productivity to an extraordinary extent.

Let me give you some recent examples…

It began when we arrived in Australia. We tried to change my wife’s maiden name on our bank account, having gotten married since leaving Australia.

More than a month later, after embassy involvement, translations, and many visits to the bank, the account still bears the wrong name.

In the end, after days of trying, we just opened a new bank account with my wife’s updated passport. That was something we could’ve done in 15 minutes on our first visit to the bank. It would’ve saved a huge amount of time, effort, money, and ‘jobs’. But nobody thought of it at the time because it renders the whole thing a completely pointless exercise. If you’re going to allow a new account in the new name, why not just change the name on the existing account!?

But the costs from this waste continue. I’ve spent hours on the phone waiting in caller queues to update the account from which our various direct debits are taken…

Next, we decided to believe a real estate agent (hah!) about getting better reception in our local area with Telstra rather than Optus. We decided to swap only one of our phones in anticipation of what could go wrong.

But, I mean, getting an Optus SIM card working had taken less than 10 minutes at Sydney airport. We’d almost missed our connecting flight as a result, but at least we had working phones immediately. So how much more difficult could it be with Telstra?

Well, after a month of chaos, it’s still an ongoing ‘case’ employing plenty of people trying to fix our problem. First the SIM worked immediately. Then it stopped working. The staff told us to wait 24 hours and come back. We did. They told us the wait was actually 48 hours, not 24. So we came back the next day. They told us we had to book in an appointment and the next available one was the following day. So we did that.

At the appointment, things only got weirder. An hour of trying various things established that the supposedly faulty SIM card worked in my phone and the salesperson’s phone, but not my wife’s. My Optus SIM card worked in my wife’s phone, so the phone wasn’t faulty. The only combination that didn’t work was the one we had purchased from Telstra…

We decided to go back to Optus and try to get a refund. Then the chaos really began…and continues.

You see, nobody is responsible for refunding us. Not the Telstra shop that can’t fix the problem because they didn’t sell us the SIM card in the first place. Not the Telstra shop that sold us the SIM because the voucher they sold us was used already and so it can’t be refunded. And not Telstra’s customer service team because it hasn’t tried to fix the problem…

The refund process was eventually initiated and is also ongoing…for weeks now and featuring dozens of phone calls. All for $30…they’re literally incapable of processing a bank transfer.

I won’t tell you about my Centrelink experience, other than to say that they refused to believe I don’t have a Centrelink customer registration number and spent 15 minutes looking for it…the only reason I need one is to get a childcare subsidy. But it turned out that I don’t actually need one to get it after all…

But I do want to share the dystopian nature of buying a house in Queensland, because it’s doing my head in. Let’s begin with the deposit…

After seven years of playing digital nomad, my savings are spread out around the world. Bringing them to Australia to buy a house has been a life lesson in patience.

Firstly, the banks have piddling transaction limits. Which means I spend ages each day logging in using increasingly complex methods and sending a small amount of money from each bank.

Then the banks on the receiving end ask me why I’m transferring such small amounts repeatedly! You see, even the banks find each other’s rules so absurd as to be unbelievable…

These people don’t just have no clue about the most basic parts of what they do all day. They must not run their own financial affairs not to know that bank statements are issued after the month is finished. But they’re busy driving us mad asking for such documents.

Over at the real estate agent and conveyancing solicitor, things got surreal. In Queensland, people supposedly submit offers to purchase a house by signing a completed contract. This is, to put it mildly, bonkers.

For example, it means buyers can only submit offers on one place at a time under this method, because the vendors could both sign the contract, making them both binding!

This is a trap for the vendors because this system is just as odd. Because of the strange way offers are made, you can withdraw an offer in various ways, including a simple email to the real estate agent saying so.

Which means that a vendor who’s signing a contract with the buyer’s signature on it doesn’t know whether the buyer is still making the offer or not. The buyer might’ve already withdrawn. Their signature on the contract isn’t worth the paper it’s written on.

In fact, depending on which lawyer you ask, the contract isn’t binding until the vendor’s signature is communicated to the buyer. So you can still withdraw from a contract everyone has signed, as long as you send off an email withdrawing before finding out the contract was accepted!

Worst of all, it’s supposedly customary for the solicitor to check the contract you sign when you make the offer only after it is signed by the vendor, at which point it is binding anyway!

When I refused to sign a contract making an offer until after the solicitor had checked it out, this caused great confusion amongst everyone, which I assumed was bluster. But the solicitor was surprised by it too! And their paperwork makes it clear that it is the norm to check the contract after it has been signed!

The resulting uncertainty creates chaos and inefficiency for everyone concerned. And the confusion and surprise when I point all this out to people in the real estate industry is terrifying. They’ve never thought of what is blatantly obvious to me.

Oh, my inspiration for today’s highly useful column is the message my tax accountant just sent me.

This is my first tax return since arriving back in Australia in May. You might think that a month’s worth of tax return is as simple as it gets. But noooo.

Amongst the useful insights provided so far are questions that make absolutely no sense whatsoever:

‘How long do you intend to stay overseas for?

‘Can you please advise what country you have currently moved to/visiting?

‘Can you please provide us with details about your current living arrangements overseas while overseas?’

In order to ask these questions, the person on the other end has not even peeked at my actual tax return, which makes it perfectly clear that I’ve moved to Australia. They are wasting my time for no reason whatsoever.

The point I’m trying to make is that an increasing amount of our economy is made up of jobs that actually inhibit the economy rather than being part of it. They take up time rather than resolving anything that needs resolving, let alone creating anything of value.

If completely unnecessary inefficiencies were eliminated, if people understood the very basic parts of their job (or even their day-to-day lives), if getting things done was possible with common sense, then our economy and prosperity would be dramatically larger.

I would’ve bought a house a month earlier and purchased what goes with that house earlier. I would’ve spent my time with Telstra, Optus, Queensland Transport, the Japanese Embassy either working or spending more. And I would’ve contributed something useful during that time, I’d hope…

Instead of all this, we have completely bizarre amounts of chaos supposedly adding to GDP in the form of pointless jobs that destroy more than they create. They are a net detraction from our wealth.

It’s not just frustrating. It destroys our prosperity. It makes us backwards. We lose something.

I’m sure there’s something interesting going on in financial markets this week. But all I know is which songs are being used by which companies when they put you on hold…

Home » Featured » The Consequences of the Economic Nincompoopery