It happened around 5:45pm last night while I was watching cartoons with my daughter.

We heard a knock on the door.

Who could this be, we wondered?

It turned out to be a neighbour, Ron, standing on the front door step in the cold.

‘Come in,’ I said. I went to introduce my daughter. ’My daughter Ema is just watching TV.’

In fact, she’d suddenly disappeared under the couch! All we could see was a pair of feet sticking out.

Ron was visiting because his property backed on to ours. He plans to knock down his house and put two units on the block.

The only catch is that he’d lived in that house since 1967, which kindled some memories.

‘You know,’ Ron said, ‘this place of yours used to be all trees when I first moved into this neighbourhood. We had to clear heaps of them off our block as well. Now we’re getting rid of the whole house. Just the permits from the council have taken over six months.’

‘Where are you going to live while they build the units?’

‘In Narre Warren with our daughter. Then we’ll move into one of the units.’

‘And rent the other one?’

‘No, we’ll sell it! I’m not sure about renting. Who knows what type of people we’d get?’

He looked around my place.

We talked it over some more. Eventually Ron was satisfied and bid us farewell.

Sure, I replied distractedly. 1967? What did he pay for the house? The capital gain he’d be sitting on would be a monster, I thought.

I googled the place to see what he might have paid for it. But 1967 was too far back for even the best search engine available to find a sale record.

Either way, one unit in this suburb would unlock at least half a million for Ron. Not a bad pension supplement!

I didn’t find my answer, but it got me looking through a map of the area.

What did I find? Lots of big blocks with standalone houses.

I live in Melbourne.

Most of these blocks are all going to get chopped in half over the next decade. That’s the only way this city can absorb the amount of people moving here.

There’s too much money in the developments. It will go on for years. Especially as the generation in or approaching retirement that mostly own them downsize.

The reality of this seems to be following me around.

I was at the local library the other week. As I walked out to my car, there was an older lady leaving a note on my windshield. She’d scratched my car parking next to it.

Her name was Rosemary. She was apologetic. I said it was very kind of her to leave me a note. Plenty of people would’ve driven off.

‘I did think about it,’ she admitted. ‘It’s just that it looked so new. If it had had been a bit older.’

She agreed to pay for the repair. Later I rang her up with a quote and Rosemary said she was fine with the price. I asked if she would like my bank details to transfer the money.

‘Callum, I’m an old lady. I don’t use the internet. You’ll have to come and collect the cash.’

And that’s how I found myself in her house a few days later. It was the same story. Old house on a big block.

In fact, her entire street had been developed.

Her house looked to be the last old structure standing.

Rosemary’s heirs will face the same proposition: Keep the old house and rent it for $450 a week or sell it to a developer who can split it in two. They might even do it themselves if they can finance it.

It’s not such a bad thing. It does create more affordable housing.

People will just get used to living in smaller places if they want to be close to the city, unless they can afford the premium price larger homes carry.

The point is that this type of thing can run for years. It’s partly why property cycles are so long, and why there are plenty of lucrative opportunities in the market.

It’s also why I pay no attention to the Australian property doomers.

I focus on the potential of this sector, and not the endless ‘crash’ prophets.

Perhaps you’re looking to buy a new unit? My neighbour Ron might want to hear from you. 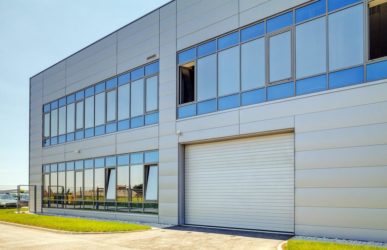 The Centuria Industrial REIT [ASX:CIP] share price is trading higher today after the fund announced it will acquire a new warehouse in north western Sydney. At time of writing the CIP share price is up 0.33% to trade at $3.00 per share...