The Stories We Tell Ourselves Drive the Stock Market 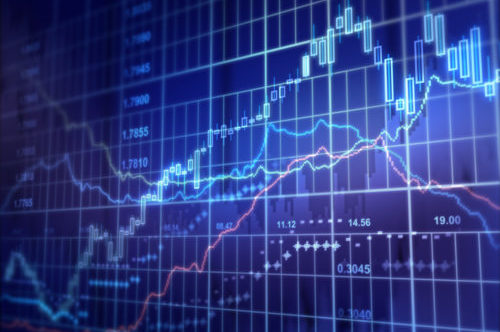 ‘If the stock market does not reflect the economy, what does it reflect?’

That’s the question Jim Rickards seeks to answer in today’s edition of The Daily Reckoning Australia. In short, it all comes down to the power of storytelling.

Read on to find out more…

Stock Markets Are Driven by Narratives

One question that continues being asked each week is: Why is the stock market doing so well during this economic downturn?

With the Dow Jones Industrial Average nearing 27,000 and the S&P 500 over 3,200, the stock market has in fact recovered over half the losses it made between late February and late March during the worst part of the COVID-19 pandemic panic.

The Nasdaq Composite has not only recovered its losses, it’s at new all-time highs.

The market dip in March was the shortest bear market in history. Someone who just looked at stock charts could not be blamed for believing that the pandemic had never really happened. On the other hand, the economy is weaker than most analysts realise.

In the US, unemployment dropped from over 13% to just over 11% in June, but that’s still the highest level since the end of the Second World War.

There’s good reason to believe the unemployment rate will surge again in July as Payroll Protection Plan loans run out, lockdowns resume, and states catch up with a backlog of claims that have not been properly classified or processed yet.

Big business may be doing fine because it’s crowded into technology, finance, and telecommunications — which are relatively unaffected by the pandemic.

But almost half of the economy and half of all jobs are the domain of small- and medium-sized enterprises that have been decimated. These restaurants, salons, dry cleaners, boutiques, and other mainstays of neighbourhoods across the US are operating at half-capacity (at best) or have shut their doors permanently (at worst).

So, why the strong stock market in a weak economy?

The simplest answer is that the stock market doesn’t have much to do with the economy. It’s just a casino driven by fear, greed, momentum, robots, and indexation.

There’s something to that. But a more sophisticated answer is given by Nobel Prize-winning economist Robert Shiller over at Project Syndicate. Shiller writes that stock markets are driven by ‘narratives’ or stories market participants tell each other.

From January to mid-February, even as the coronavirus was spreading out of control, the narrative was that the virus was contained to China. Markets reached new highs. In March and April, the narrative changed to panic as Italy shut down and the US did likewise. This is when the market fell over 30%, ending the record bull market of 2009–19.

The third phase started in late April, as the market rallied 40% based on massive Fed money printing and $5 trillion of new government spending. The narrative was that easy money would rescue the market.

All these narratives were wrong in the sense that the virus was not under control in February, it did not necessitate a lockdown in April, and the money printing and spending won’t solve the problem today. Still, the narratives prevailed. ‘Don’t fight the Fed’ is one of the oldest sayings on Wall Street. The new conventional wisdom might be ‘Don’t fight the narrative’.

The story of gold

So far, the price of gold has increased over 70% in this new rally, but it still has much further to run. Taking a simple average of the last two bull markets would put the price of gold at $15,000 per ounce by 2025. Of course, gold could do much better than that if it tracked the returns of the first bull market only.

One of the savviest gold traders in the world sees gold hitting US$3,000 to US$5,000 per ounce perhaps as early as 2023. According to Mining Weekly, hedge fund manager Diego Parrilla — who leads the hedge fund Quadriga — sees gold surging along those lines.

Parrilla has produced 47% returns for investors so far this year with a blended portfolio of US Treasury notes and gold. He bases his gold forecast on continued low interest rates, and the creation of new and dangerous asset bubbles in other asset classes such as equities.

There’s more to the gold bull case than just low interest rates. Demand is up from central banks seeking to diversify away from US dollars.

Supply is limited by the inability of the mining industry to locate significant new sources of gold ore.

Existing holders of gold are unwilling to sell in many cases because they can see the economic stress caused by the pandemic and are expecting a wave of corporate bankruptcies in the coming months.

Home » Uncategorized » The Stories We Tell Ourselves Drive the Stock Market