The value of fiat currency comes from trust…and nothing else 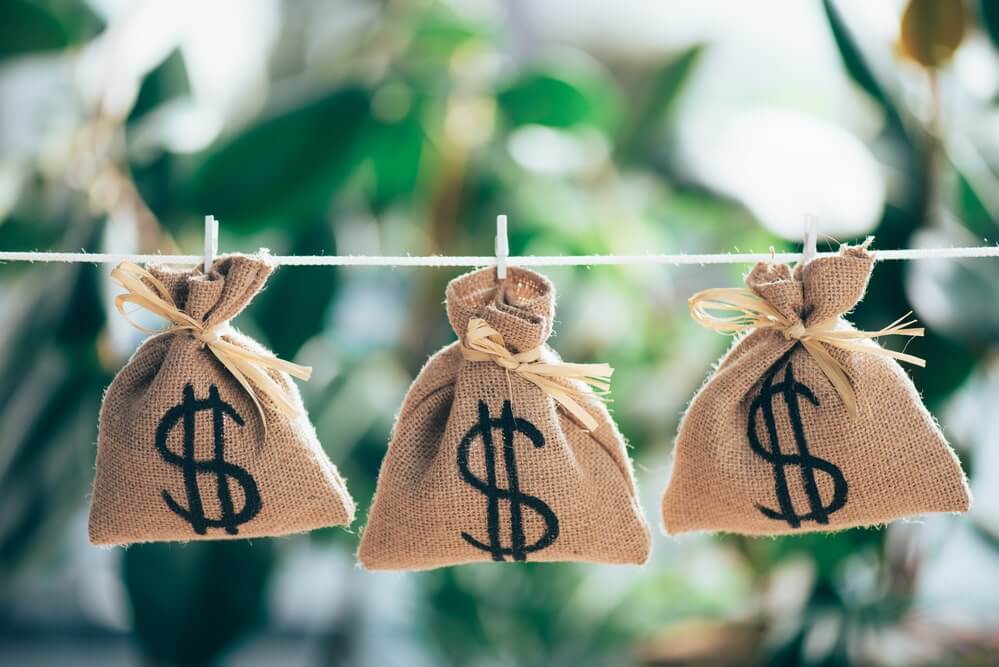 MMT supporters will point to 2008 and say, ‘Just look at QE. In 2008, the Federal Reserve balance sheet was US$800 billion. But as a result of QE1, QE2 and QE3, that number went to US$4.5 trillion. And the world didn’t end. To the contrary, the stock market went on a huge bull run. We did not have an economic crash. And again, inflation was muted.’

But its advocates say Powell and other Fed officials hoist themselves on their own petard.

That’s because they are the ones who actually proved that MMT works.

They point to the fact that the Fed printed close to US$4 trillion and nothing bad happened.

So it should go ahead and print another US$4 trillion.

This is one of the great ironies of the debate.

The Fed criticises MMT, but it was the Fed’s very own money creation after 2008 that MMT advocates point to as proof that it works….

Uncovering the flaws of MMT

Their only quibble is that the benefit of all that money creation went to rich investors, the major banks and corporations. The rich simply got richer.

MMT advocates say it will simply redirect the money towards the poor, students, everyday Americans, and people who need healthcare and childcare. It would basically be QE for the people, instead of the rich.

And it will go into the real economy, where it will boost productivity and finally give us significant growth.

When I first encountered these arguments, I knew they weren’t right.

Both my gut feeling and my more rigorous approach to my own theory of money told me MMT was wrong.

But I must admit, their arguments were more difficult to counter than I expected. I had a tough time uncovering the logical flaws.

Their points are internally consistent, and they did have a point.

After all, the Fed did create all that money and it didn’t produce a calamity. Who’s to say they couldn’t do a lot more of it?

In other words, the Keynesian argument does not hold water when you look at the facts or certainly recent economic history.

Without doing any more serious thinking about it, I probably would have lost a debate with any leading MMT proponent who’s done a lot of work on it, despite ‘knowing’ they were wrong.

It’s about more than the debt

You can never win a debate if you don’t understand your opponent’s position.

Over the past several years, I got dragged into endless gold versus bitcoin debates, and I always thought they were silly because gold is gold and bitcoin is bitcoin.

Contrasting them never made sense to me, but that’s what everybody wanted to hear, so I participated in a lot of these debates.

I won every debate according to the judges or the audience, but I had to understand bitcoin in order to see its shortcomings.

I wasn’t about to debate somebody about bitcoin and get blindsided or embarrassed because I didn’t understand their arguments.

I had to become a complete expert on bitcoin to win these debates.

The same applies to MMT.

I knew I had to go beyond the standard arguments that we can’t afford it, that it would explode the deficit, etc.

I’m happy to say that I worked out an answer refuting MMT, but it wasn’t easy. It took a lot of hard thinking.

Here’s what it comes down to…

The real problem with MMT can be traced to its very definition of money.

The MMT advocates say they know what money is.

Money derives its value from the fact that you need it to pay your taxes. In the US’s case, money is dollars.

But their definition of money is flawed.

In other words, the whole theory is built on quicksand. And this is the point that everyone is missing, including the usual critics. No one else has raised it.

The basis of money, the definition of money, has nothing to do with paying taxes.

I can think of a hundred ways to hold money and store wealth where you don’t owe any taxes. Here’s one example…

If you buy a share of stock and stick it in your portfolio for 10 years without selling it, how much do you owe in taxes? Zero.

You don’t owe any taxes until you sell it. This is one of the reasons why Warren Buffet is so rich, by the way. He pays very little taxes.

But it’s not just stocks.

The same applies to gold.

You buy it and stick it in a safe for years.

In other words, there are innumerable ways to convert money into assets that preserve wealth where you don’t owe any taxes.

You don’t have to pay taxes if you have stores of wealth and don’t sell them.

The bottom line is, people have lots of alternatives.

They are infinitely resourceful when it comes to getting out of the tax system and preserving wealth without having to pay taxes.

So the whole idea that money derives its value from taxation fails. Money is not based on paying taxes at the end of the barrel of a gun.

Confidence is what backs money’s value

What is money based on then?

Ultimately, it’s based on trust.

We all need to trust in the money we use or else it wouldn’t be of much value.

I could offer you seashells as a form of payment, but it’s highly unlikely you’ll accept it.

When it comes your turn to buy goods and services, you need to know that someone else will accept your money.

It’s that trust in the system that creates value. That system is very fragile and can be lost. And once lost, it’s almost impossible to regain.

That’s why fiat currencies always fail in the long run.

MMT advocates say trust has nothing to do with it — that you need to pay your taxes with money, or else.

It’s one of the worst cases of hyperinflation in the history of the world. I don’t think anybody in Venezuela is worried about paying their taxes.

They’re worried about finding food and water so their family doesn’t starve today.

And if they happen to have some local money, they’re getting out of it as fast as they can.

If they can find gold or US dollars or euros, they’re buying it.

They’re dumping their currency faster than the government can print it.

When confidence is lost, when trust is lost, people get out of rapidly depreciating money as fast as they can.

That’s where the whole Modern Monetary Theory breaks down, at its foundation.

It fails because MMT advocates substitute the threat of violence and jail for what really drives money, which is trust. They don’t understand that. And this trust can be lost very quickly.

MMT advocates also seem to think inflation can be dialled back or tweaked at will.

Maybe they’ll say, ‘We’ll only spend US$90 tillion on a Green New Deal instead of $97 trillion.’

They think they can dial it down. But they can’t. Once inflationary expectations set in, they take on a life of their own. It’s a non-linear system.

It’s like moving the control rod in a nuclear reactor.

If you get it wrong by just a little, you can melt the reactor down and kill a million people. It’s a non-linear system.

So, my point is that MMT advocates misunderstand what money is.

Money is not about coercion; it’s about trust.

They don’t understand that there are plenty of non-taxable alternatives people can resort to.

They misunderstand what inflation is.