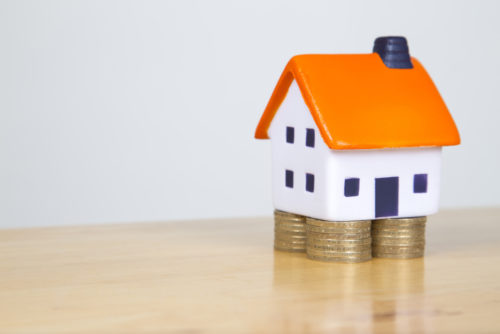 ‘Of course, before we get to that, let’s take a look at the one sector you absolutely do not want to be in a moment longer…’ I wrote back in mid-March.

When I wrote that the Aussie market was down 33%.

We swung from headline to headline. News came thick and fast.

That was a little over two months ago now.

We didn’t know where the market bottom was. In fact, it was still falling at the time.

And fresh off the back of talking all things gold and market crashes, I was convinced there was one asset people wouldn’t want to be in going forward.

One look at the price of listed commercial property REITS and you’ll see many investors are thinking the same thing.

As we were being shuttered indoors, it seemed the death of the office was here.

Perhaps, it’s not the whole industry that should be avoided.

Rather investors should be on the lookout for innovative companies that are willing to move with the times.

We did the unthinkable

Many corporations around Australia have been resistant to embracing the work from home model.

As someone who’s worked from home for almost five years, I can’t understand why companies feel they need to baby their staff. If you’re hiring adults, they should be able to do the job you’re paying them for.

Don’t get me wrong, working from home isn’t for everyone. Self-discipline to work at your place of rest is a learned skill. It also means you’re never away from work, which is a downside.

As a result of having a permanent set up at home, I work weird hours. I can’t tell you how many times I’ve done my best work while the rest of the company is sleeping.

Yet for thousands of firms there was this idea that people could only be productive in an office setting.

The coronavirus has just proven this wrong.

Sure, it’s a been a bumpy transition. And with the schools closed and kids at home, tensions have run high.

What seemed impossible to picture was a reality forced upon 70% of the desk jockeys around Australia.

And given that it’s pretty much worked, some companies may never return to the traditional office.

Especially when you look at the requests that are being put in place to make workplaces ‘safe’ from the virus. Perspex screens between desks, increased cleaning, more space between desks…these are enormous costs that many won’t have the spare cash lying around for.

The additional dollars no longer stack up for the sake of putting people in one place, to do jobs they can do anywhere with an internet connection.

Consider this. With staff working from home, utility costs become our problem rather than our employer’s. Accountants I’m sure will like this immediate cost saving. The whole work from home permanently becomes a heck of a lot more attractive for a company tight on dollars.

Of course, when I wrote about the demise of the office space, I didn’t get around to other commercial property about to take a big hit.

A couple of months ago, I would’ve said retail space is dead too.

But now I’ve changed my view. Retail as we know it might be over. But in the long run it could be the big winner.

Temples of consumerism to the rescue

Some developer in the US just went and spent a small fortune for a shopping centre last month. Baffling residents and other developers in the process.

Who’d want a shopping centre now? Foot traffic is gone. Stores are filing for bankruptcy. More are expected too when the US begins trading again.

And this particular centre that was bought out in LA was already dying. Major department store retailers Sears and Walmart had shut their stores here. Bloomberg reported that the cinemas inside the centre had been closed because of the ‘stay at home order’.

The article even went on to suggest that the many of the stores might not even open again.

Yet none of today’s current problems stopped CIM Group from dropping a hundred million for the joint.

Who’d want a shopping centre in this climate…retail may never be the same again were my first thoughts.

And that’s exactly why this developer bought the shopping precinct.

They aren’t buying it thinking that retail will be the same. In fact, they’re aiming for the opposite.

While this transaction took place in the US, I could see a very similar trend playing out here over the next decade.

Major shopping centres are built at strategic locations throughout the states. Stuck in the middle of major suburban populations that are away from the city. There’s freeways and major roads to get you there.

Essentially they are mini hubs designed to draw you in. There’s plenty of parking. Given many of the buildings are only a couple of stories high, there’s plenty of space to go up. Plus, there’s this thing called ‘air rights’, where shopping centre owners can sell the air space above to other developers for apartments and offices. So, the ability to go up is already easier here.

Plus, if we do see a whole host of more retailers tank in Australia, it’s a good use of existing space. Central location with nearby amenities is a draw card for employees and employers alike.

Victoria (and no doubt other states) is trying to create ‘mini cities’ away from Melbourne. Over the next 30 years the goal is shift business activity out of the city and into major suburb hubs. The sort of suburbs with large shopping centres and public transport access.

But central shareable places with nearby amenities are likely to attract many small businesses to use these facilities instead of CBD buildings.

Throw in an economy struggling to bring itself out of the coronavirus slumber, and it won’t be long ‘til we see some large government infrastructure spending come our way.

The shopping centre as we know it might be about to die.

But their shell could represent an incredible long-term opportunity for investors.