Will the Aussie Dollar Become a ‘Safe Haven’ Asset? 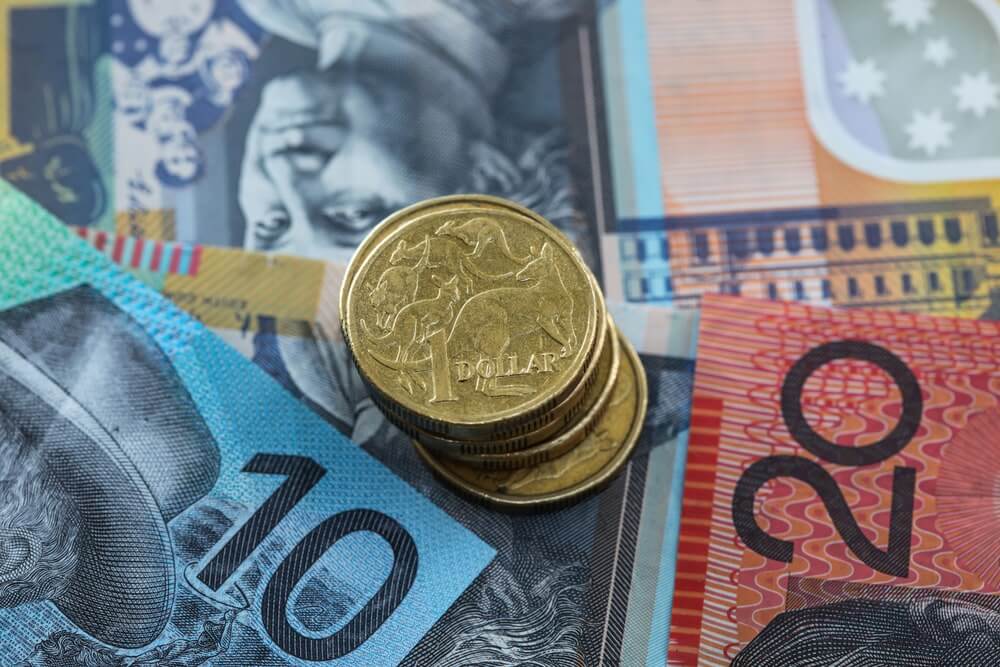 Okay, here’s an idea I bet you never thought you’d hear in your investing lifetime.

Just go with me here…

What if the Aussie dollar became a safe-haven currency?

I know, it sounds crazy.

But let’s give it some thought.

The traditional safe-haven currencies — like the greenback, the euro, the Swiss franc, the pound sterling and the Japanese yen — have all been in some sort of currency war since 2010.

To date, no one has won. Successive governments and central banks have done nothing but destroy the value of their fiat currencies. And people within those economies have been stuck with wealth-eroding monetary policies.

Throw in enormous public debt, and the faith in those currencies is dwindling.

Now, don’t get me wrong. Our own central bank is following a similar path to what international central banks have done.

Think about it. Sure, the Aussie dollar is a ‘risk on’ currency (because its value generally reflects the value of commodity prices, which is a risky trade).

But we have low government debt and a whopping near $3 trillion in superannuation. To boot, we have a comparatively stable government with a good rule of law.

These sorts of things are important to maintain faith in a currency.

This isn’t a fully fleshed-out idea. In fact, I have some more pondering to do on it.

So for now I’ll hand you over to Jim, who explains exactly what is happening in the currency markets right now. However, the next decade could see a monumental shift towards traditional ‘safe haven’ assets.

The Swiss Battle to Cheapen the Franc

One of the crucial insights in currency trading that many investors fail to grasp is that currencies don’t go to zero, and they don’t go through the roof.

That’s a generalisation, but an important one.

Here are the qualifications:

This observation applies to major currencies only — not to currencies of corrupt or incompetent countries like Venezuela or Zimbabwe.

Those currencies do go to zero through hyperinflation.

The observation also applies only in the short to intermediate run.

In the long run, all fiat currencies also go to zero.

Yet over a multiyear horizon, major currencies such as the US dollar (USD), euro (EUR), yen (JPY), sterling (GBP) and the Swiss franc (CHF) retain value and do not go to extremes. Instead, they trade in ranges against each other.

Trading profits are the result of catching the turning points. Your strategist in Zurich, Switzerland, during a recent visit.

In analysing the complex dynamics of foreign exchange markets, it is essential to visit the countries whose currencies are being studied.

Foreign visits offer the opportunity to meet with government officials, bankers, business executives and everyday citizens of the affected countries to gain insights that are not available through digital and media sources.

Stocks can go to zero when a company goes bankrupt. Enron, WorldCom and a host of dotcom stocks in the early 2000s are all good examples.

Bonds can go to zero when a borrower defaults. That happened to Lehman Brothers and Bear Stearns.

But major currencies do not go to zero.

They move back and forth against each other, like two kids on a seesaw moving up and down and not going anywhere in relation to the seesaw.

Stuck in a trading range

There have been seven separate instances of moves of 20% or more in EUR/USD in that time period. But EUR/USD never goes to zero or to US$100. The exchange rate stays in the range.

The old theories about ‘purchasing power parity’ and trade deficits are obsolete.

Another good example is the Swiss franc (CHF).

An exchange rate of 1.05 francs per US dollar indicates a weak franc.

Right now the exchange rate is 0.97, which leans towards a weak franc relative to the US dollar.

The spike on 15 January 2015 was caused entirely by the decision of the Swiss National Bank (SNB) to remove a cap on the Swiss franc relative to the euro, intended to protect Swiss exports.

The Swiss economy is heavily dependent on exports of precision equipment, luxury goods such as Swiss watches, and food including cheeses and chocolates.

The Swiss economy also depends on tourism, which is akin to a service export sold to foreigners. All of these exports suffer when the Swiss franc is too strong.

The SNB has been enforcing the cap by printing francs and buying euros to put downward pressure on the franc. The problem with this policy is that the world wants francs as a safe haven.

That was especially true during the European sovereign debt crisis of 2010-15.

The SNB balance sheet was becoming top-heavy with European debt purchased with printed francs at a time when the European debt itself was in distress.

Eventually, SNB threw in the towel and allowed market forces to determine the value of CHF.

This produced an immediate spike in CHF against the euro and the US dollar, which has since moderated into a trading range.

But the franc is currently at the 1.09 level versus the euro, as expectations of monetary easing in both the eurozone and the United States have set in.

So the SNB has been buying euros in an attempt to get out ahead of the curve.

It’s trying to cheapen the franc to keep its exports and tourism industry competitive.

You see evidence for this in its so-called sight accounts. Sight accounts can be transferred to another account or converted into cash without restriction.

There has been a recent surge in these accounts lately, which indicates the SNB has been actively intervening in the currency markets.

A lack of palatable alternatives

With rising market uncertainty and hot money in search of safe havens, what does the future hold for the Swiss franc?

The single most important factor in the analysis is that hot-money safe-harbour inflows are clashing with the SNB’s cheaper franc policy.

The demand for Swiss francs will be driven by the lack of palatable alternatives.

Investors are increasingly concerned about sterling because of conditions imposed by the EU, Ireland and others in the Brexit process.

Brexit is irreversible, but satisfying all of the demands of interested parties to achieve Brexit will weaken the UK economy and sterling.

Likewise, the US dollar and yen are both the cause of investor concern because of out-of-control debts.

Any ratio higher than 90% is considered a danger zone by economists.

Almost all Japanese government debt is owned by the Japanese people, so there’s a higher threshold for panic in Japan than in the US.

With regard to the US debt, about 17% is owned by foreign investors who could choose to dump it at any moment.

Still, both Japan and the US are on unsustainable paths and have shown no willingness to tackle their debt problems or reduce their debt-to-GDP ratios.

The euro offers better debt-to-GDP ratios than Japan or the US in the aggregate.

However, the European Central Bank is getting ready to pursue more quantitative easing and near-negative interest rate policies.

The euro is also plagued by lingering doubts about the individual debt situations in Greece and Italy, a legacy of the 2010-15 European debt crisis.

Meanwhile, the Swiss debt-to-GDP ratio is about 30%. In fact, Keynesians complain that its debt levels are far too low!

Russian rubles and Chinese yuan are unattractive for major global capital allocators because their markets lack liquidity and they do not have satisfactory rule-of-law regimes behind their currencies.

With the greenback, yen, sterling, euro and emerging-market currencies all unattractive for different reasons, the primary safe havens for global investors are Swiss francs, gold, silver, and perhaps some of the smaller currencies such as Australian or Canadian dollars.

Many investors won’t allocate to gold because of investment restrictions or simple bias.

This leaves the Swiss franc first in line to absorb huge global capital flows looking for a home.

The SNB may keep trying to knock down the Swiss franc by buying stocks, bonds, euros and anything else that’s not nailed down, but in the end it won’t be enough.

Global capital will continue buying francs for lack of a better alternative.

Eventually, the SNB will once again throw in the towel, as it did in 2015, and allow the franc to appreciate sharply.

Having a strong currency is desirable.

But in today’s world outside of a gold standard, having too strong a currency can actually be a curse. There's no doubt that the current market conditions are part of the World Economic Forum’s plans to usher in ‘The Great Reset’ so the world can enter ‘The Fourth Industrial Revolution’.